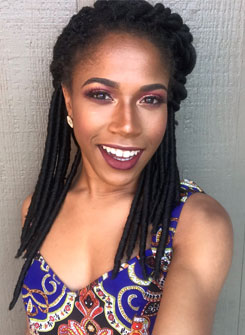 Kayla’s excited to be joining the Olathe Northwest family this year as head coach of the Freshman volleyball team! She has previously coached for Southwind Rising volleyball club and Piper Optimist.

Kayla has been playing volleyball since the age of 4. She continued her love of volleyball throughout high school and college. After moving to New Orleans, Louisiana to attend college, Kayla walked onto Xavier University of Louisiana’s Gold Nugget Volleyball team her freshman year. Her leadership and technical knowledge as a defensive specialist earned her a starting position the next season. Senior year she was voted captain and help lead her team to NAIA nationals. During her time at Xavier, Kayla was recognized for many academic and athletic awards including being voted Darktronics-NAIA Scholar Athlete in 2015. After completing her undergraduate degree, Kayla remained in New Orleans to complete her Master’s in Business Administration.

Since returning to Kansas City in 2020, Kayla has enjoyed playing volleyball in local adult leagues,  spending time with her family, and taking her dog Nola to the park!